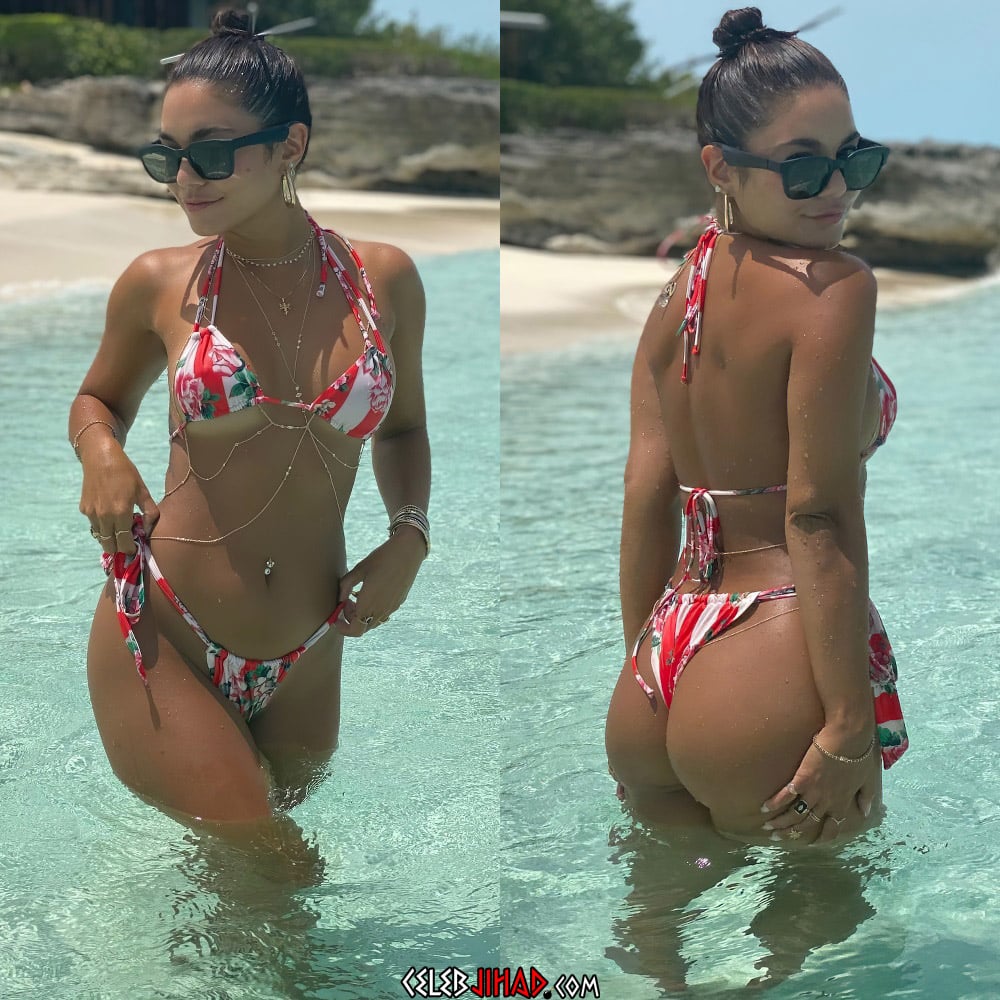 Former Disney star Vanessa Hudgens takes a break from whoring herself from her mansion in heathen Hollywood, to travel to the Bahamas and whore herself on a beach in a thong bikini the photos above and below. 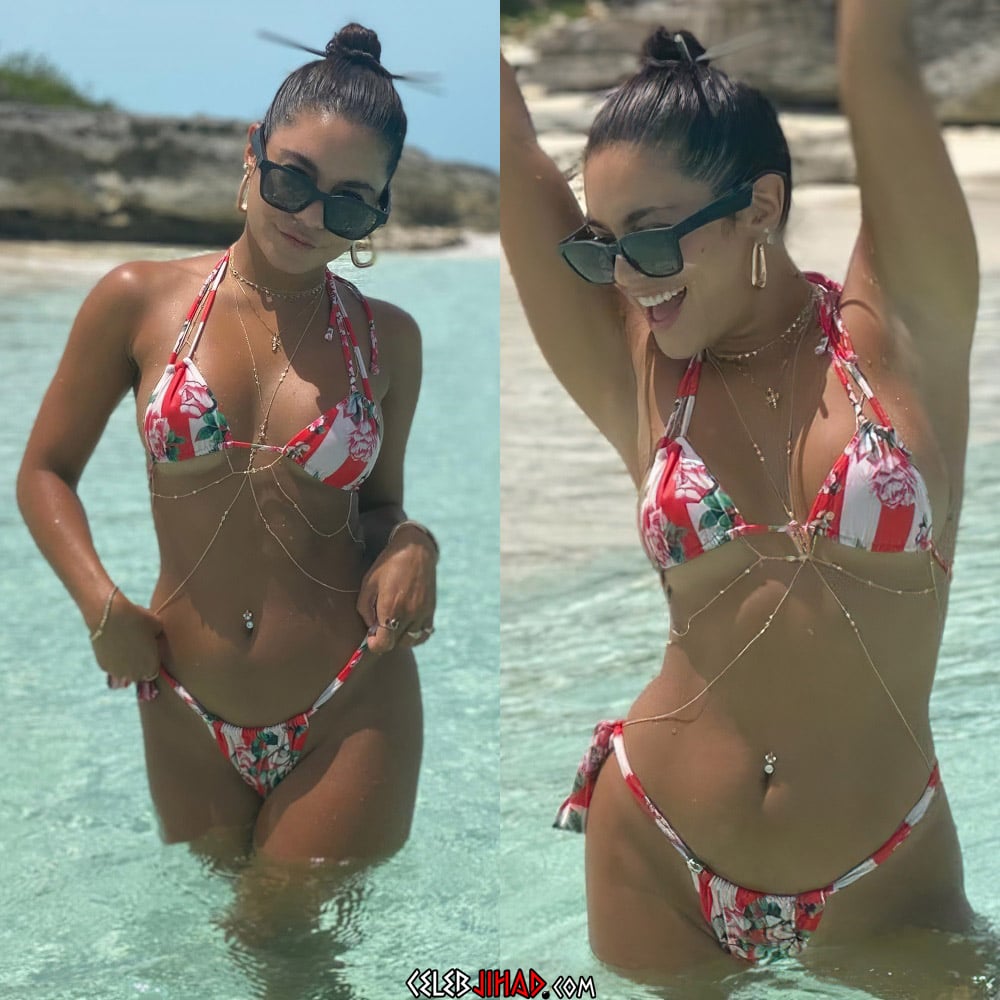 As you can see, Vanessa is clearly a workaholic who simply can not stop prostituting her posterior in front of a camera even while on vacation… 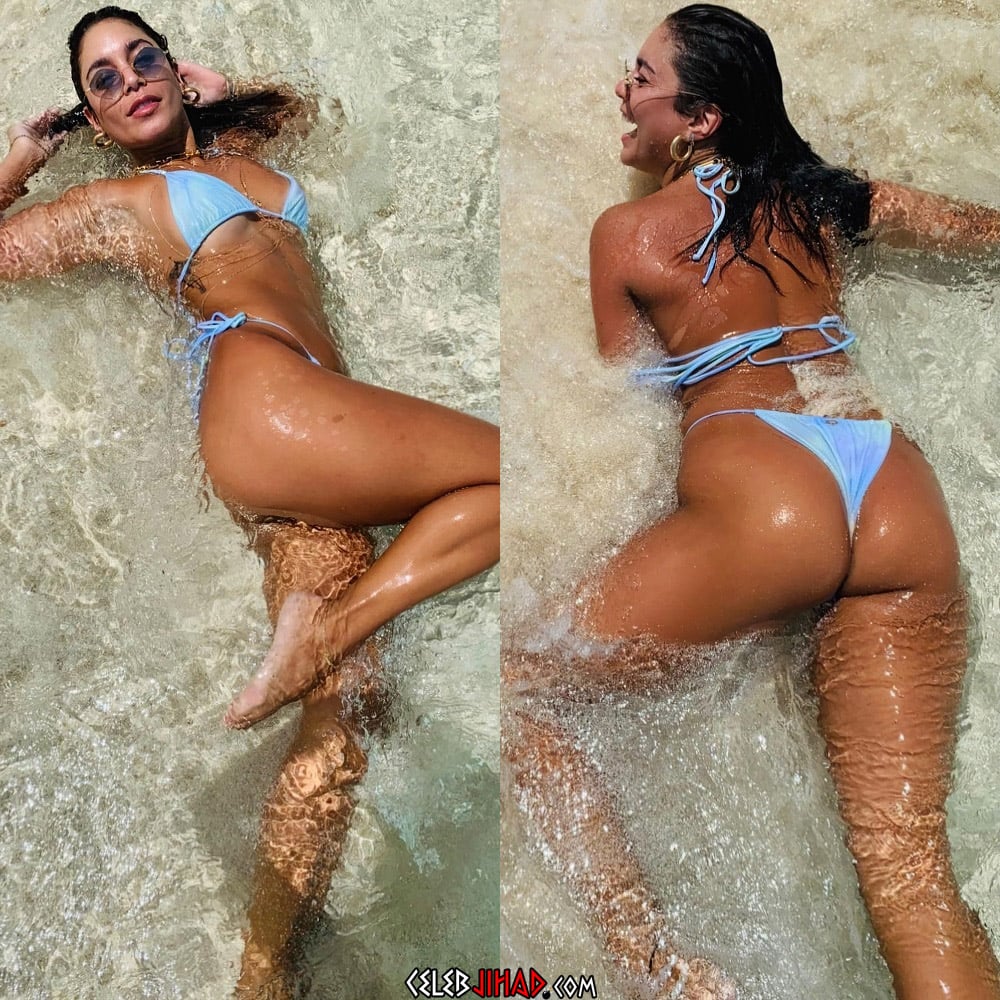 Of course this dedication to her craft was no doubt hammered into her (literally) at early age, while she was making the rounds on the Disney casting couch circuit.
Which is a shame… For if Vanessa channeled of her manic sexual abuse energy into doing something productive like harvesting figs, milking camels, or bouncing her booty off the balls of a virile Muslim man… She would no doubt be extremely successful at it.
Vanessa Hudgens Thong Bikini Vacation Pics was last modified: November 6th, 2020 by Durka Durka Mohammed